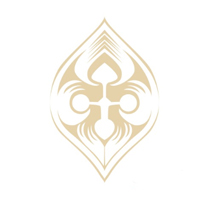 This project was to dismantle, restore and rebuild the large flight of steps leading up to the South Front of the Palace as over time the treads had slid away from and down the slope.

The repair and conservation of this visually important aspect of the Palace required that the stones were refixed in their original position. To prevent the steps moving again it was decided to incorporate two reinforced concrete ring beams into the design, which were secured with Cintec Anchors.

The existing steps were individually recorded and measured before being added on to our site survey drawing on AutoCad.

We were then able to determine the size and positioning of the new concrete ring beams and ensure that the steps were rebuilt with the appropriate jointing and falls.

During the exploratory investigations undertaken before work started on site we discovered that the single cellar which extended under the centre of the steps was in fact three cellars which were joined by a fourth. The brick vaults of these cellars are immediately behind the line of the steps.

In keeping with conservation principles the small number of replacement stones were sourced from the Forest of Dean as a close match to the original.

To fit in with the Blenheim Palace calendar, the work had to be carried out over the winter months so we erected a tent over the steps and piped in hot air to allow us to build with limecrete and lime mortar.

The treads were fixed and then secured into position with lead joggles.